Nairobi, July 22 – Nairobi National Park (NNP) was gazetted as Kenya’s first park in 1946, a far less populous era. In 1967, as a graduate student at the University of Nairobi, I watched the wealth of plains animals move from the short-cropped plains into the valleys and swamps as the season hardened, tracked by lions and cheetahs. A wildlife spectacle, the park gave tourists their first views of lions, cheetahs, giraffes, buffalos and rhinos.

Today the great migrations have vanished, the herds blocked by fences, homes and roads. Wildlife numbers have shrunk as eye-height grasses have encroached for lack of grazing and fire, offering poor fodder to herbivores wary of lurking predators. The predators, short of wild prey, often turn on livestock. The paucity of wildlife and dense cover has weakened the tourist appeal of the park, further diminished by an overhead rail, the southern bypass, and now a goods depot.

No wish or plan can bring back the great migrations. We do, though, have a last chance to keep wildlife movements alive and restore a semblance of the park’s 1960s spectacle and appeal.

But a park for whom? In the 1960s, Kenya’s parks drew tourists from around the world, earning the nation foreign exchange for development. Missing from the crowds of visitors were any Kenyans, alienating parks from its citizenry. On the 50th anniversary of NNP, the president launched a Parks for Kenyans programme which lowered citizen rates and offered free days. Today two-thirds of all visitors to the park are Kenya citizens and residents. With the booming growth and wealth of Nairobi, the problem will become not too few tourists, but how many Kenyan enthusiasts the park can accommodate without being loved to death. On the 75th anniversary of parks, it is time for Kenya Wildlife Service to prepare a 10-year plan for NNP. A lack of vision and tardy management has hastened the park’s decline. Now is the time to rethink its future.

Born in the colonial era, Kenya’s first-generation parks were run on military grounds to curb poaching and defend boundaries. The second-generation parks engaging communities in the dispersal areas were a big step forward. The third-generation parks in the 21st century must engage all its citizens by diversifying its appeal, inviting new nature enterprises, and divesting operations to capable partners able to reduce the overburden of costly KWS management.

How does the plan stand up to the challenges?

The first iteration of the NNP 2020-2030 plan was rushed through with scant public engagement, fueling hostility and suspicion over proposals to develop a lodge and other tourist facilities inside the park. After heated objections and further meetings, the plan addresses many of the concerns and suggestions raised.

The broad goals for NNP 2020-2030 match the Wildlife Management Act 2013 vision that parks should conserve representative areas, biodiversity and remain “unimpaired”. The specific goals for NNP include the protection, restoration and management of diverse and critical habitats and important and threatened species such as rhinos, lions and vultures. The plan notes the threats of habitat loss and fragmentation in the dispersal areas, falling wildlife numbers, poaching, human-wildlife conflicts, invasive species, pollution, low park visitation and other concerns. The plan proposes a five-point response: ecological restoration, tourism development and management, community engagement and education, a security programme and parks operation and management steps. It goes on to offer four options for securing and restoring the park: 1) maintain the status quo; 2) improve habitat health through controlled burning, mowing and mineral supplementation; 3) enclose the park with a predator-proof fence, and 4) improve habitats and win more space for wildlife by fencing willing landowners within a southern buffer zone.

KWS has chosen the fourth option after consultation with the southern landowners. The plan will win space for wildlife and insulate dense settlements around Tuala and Rongai from lion and hyena incursions. KWS should use the success of the Aberdares fence to adopt a phased approach. Phase 1 should encompass willing landowners flanking the Mbagathi River and curb predator incursions into the Tuala-Rongai area. Phase 2 should extend the fence east of Maasai Gate to the rail line. Phase 3, which calls for extensive discussions, should include the conservancies and extend as far south as possible – subject to KWS agreeing to expand yet further if options open.

Within NNP, ecological restoration is rightly the central plank of the plan, aiming to restore vegetation health and wildlife populations. Fire and mowing are necessary to reverse woody encroachment, restore habitat diversity, wildlife numbers and, I would add, the resilience of the park to droughts and climate change. Creating short-grass grazing arenas will start a positive feedback reversing the decades of ecological decline. The ecological restoration will replenish wildlife numbers, improve plant diversity and pasture quality for herbivores and create micro-habitats for birds and small mammals with little need of further management. The denser herds of wildlife in the park will reduce the predator attacks on livestock outside and increase viewing attractions and visitor carrying capacity.

The success of ecological restoration will depend on close monitoring and adapting plans as needed. Restoration calls for good science to guide management, rather than the whims of wardens and conservation lobbyists who have held sway for lack of a guiding plan. At a time of tight government budgets and volatile tourism, KWS should engage partners to help with the intensive ecological monitoring the plan calls for. Here I suggest using NGOs with years of experience and contracting universities to use the park for study and research. KWS should also hold workshops every two years to appraise the progress, solicit feedback and adapt the park plans as needed.

The tourism plan calls for diversifying visitor use by upgrading nature trails, overlooks and picnic sites. This will help reduce the vehicular congestion caused by Big Five tourism. Any further accommodation in the park should be rejected. Nairobi has unfilled hotel space and new ecotourist accommodation should be developed in the buffer areas to benefit conservation-minded communities and keep the park “unimpaired” as the Wildlife Conservation Act calls for. The existing tented camp in the park should be upgraded to a small high-end facility where guests pay a large conservation fee for the privilege.

The plan to boost tourism and increase revenues is commendable but overlooks the future surge in citizen and resident visitors. Kenya’s parks will be secure only when its citizens discover them as places of their own. The plan is silent though on how to manage the large influx of visitors already tarnishing its tourism image.

The community engagement and education outlined in the plan is vital to its success. I am pleased to see KWS has adopted the community’s suggestion of setting up a Water Resources Users Association to save and restore the Mbagathi River, the lifeline of the park and frontage for landowners. Heavily polluted and a danger to animal and human health, a catchment association will unite KWS and the community in restoring the river and perpetuate its dwindling flow. Good riparian management will ensure wildlife access to the south of the park, stimulate conservation enterprises, and afford space for Nairobi residents to walk, bird, picnic and enjoy the outdoors the burgeoning city needs.

The plan to improve the Nairobi Safari Walk will introduce more Kenyans to the wildlife in semi-natural settings and invite them to visit NNP. The Wildlife Clubs of Kenya have a vital role to play in engaging and educating schoolchildren. On the other hand, the Orphanage is a third-rate zoo, which flies in the face of Kenya’s commitment to animal welfare. Its purpose is to restore rescued animals to the wild, so should be sited next to a large park where animals can be released

Finally, the plan has far too many subsidiary plans for KWS to implement alone. KWS should focus on the big picture and key goals, give a hierarchy of priorities for the dozens of smaller plans, and outsource them to partnering organisations – to the Friends of Nairobi National Park, for example, to deploy docents to assist its staff with visitor management and interpretive services.

If the NNP 2020-2030 plan outsources and engages the public as envisaged in the Kenya Constitution 2010 and the National Wildlife Strategy 2030, the future of the park will be secure. Central Park, Bronx Zoo and the Botanical Gardens are the pride of New York. Kenya has a place far more spectacular and unique at the doorstep of its capital, a place we call Nairobi National Park, a place nature made for us. 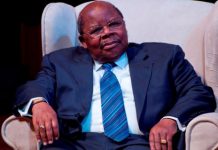 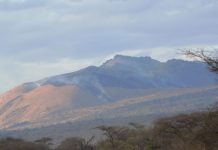 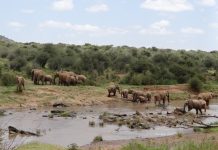 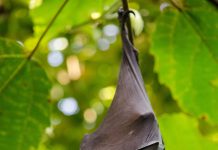 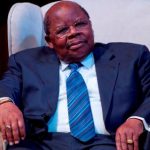 Africa News Swara - July 24, 2020
0
By Benjamin Mkapa As researchers and scientists study the novel coronavirus, you will find them reading lessons from the past. Africa is young and our... 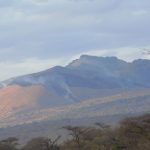 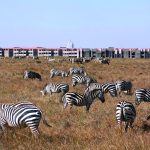 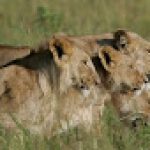 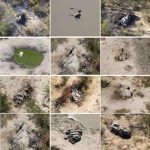 Africa News Swara - July 2, 2020
0
Nairobi, July 2 - Hundreds of elephants have died mysteriously in Botswana's famed Okavango Delta, according to an official who ruled out poaching as... 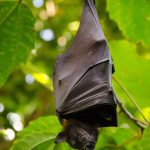